Fricative consonants are produced by forcing air through a narrow channel made by placing two articulators close together which produces friction, this air flow is called frication. Click on each of these fricative consonants /f/ /v/ /θ/ /ð/ /s/ /z/ /ʃ/ /ʒ/ /h/ /r/ in the chart on the right and repeat these sounds as many times as you need to.The fricative song She, well-known thanks to the film Notting Hill, starring Julia Roberts and Hugh Grant, sung by Elvis Costello, was, however, composed by the Armenian Charles Aznavour, who made it number one in England in 1974. 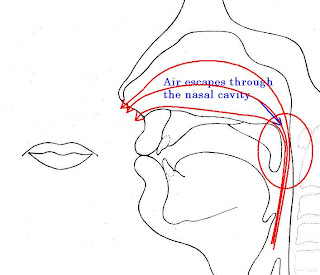 A stop, plosive, or occlusive is a consonant sound produced by stopping the airflow in the vocal tract. 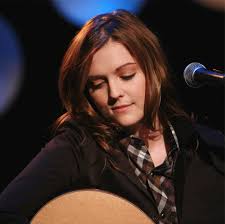 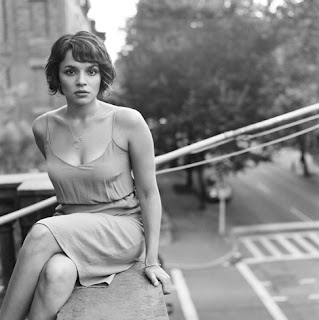 Norah Jones' swirling singing will, this time, take us into the slippery world of some diphthongs /eɪ/ /aɪ/ /əʊ/ /aʊ/ (phonemically analyzed as a sequence of a semivowel and a monophthong) with her song Chasing pirates.
WARNING: don’t confuse /əʊ/ and /aʊ/ (they are often mixed up!). Click first on the phonetic chart on the right to hear the difference.

I have to admit I chose this song because I like it, nevertheless, it does serve the purpose of showing the difference between these very diphthongs. American English is commonly described as having wide diphthongs, made with less oral tension. This is quite evident in the song where the singer (born in New York) makes little distinction between /əʊ/ /aʊ/, but she does make it.

Native-Burmese speakers find it almost impossible to pronounce diphthongs and triphthongs. The same is true of native-Caribbean speakers.

Listen to the song and fill in the gaps (using ordinary spelling, not phonetics) as you listen to it.


For further practice with diphthongs, try this game
Posted by Ana López Pozo at 13:02 14 comments:

DO THEY KNOW IT'S CHRISTMAS (FEED THE WORLD) 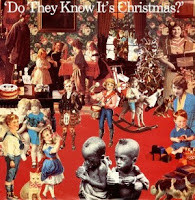 This song was written  by Bob Geldof and Midge Ure in reaction to television reports of the 1983–85 famine in Ethiopia. It was first recorded in 1984 by Band Aid , a group of British and Irish  singers who got together to raise money for Ethiopia. Diphthong sounds are exploited this time in this song /aɪ/  /eɪ/  /əʊ/  /ɪə/  /ɒɪ/.
-  Watch and listen to Do they Know it's Christmas and fill in the         gaps with  the missing words.
-  Can you guess who the singers are?

IF YOU WERE A SAILBOAT. CONDITIONAL SONG. Vowels and diphthongs 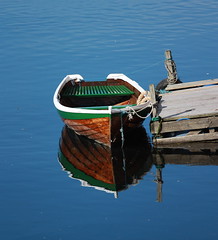 This post has been inspired by the work of the English teacher  José Álvaro Álvaro, who participated in the course  Phonetics Through Songs and the programme PhoTransEdit, used for the transcriptions in the matching activity. 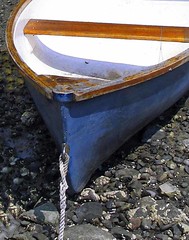 There are two activities. Elementary and intermediate students should only do the first one, the gap-fill activity.  Upper-intermediate and advanced students can do both activities:

This post has been designed principally for Spanish speakers, but it can also be useful for other nationalities by skipping the first activity and doing the rest.

There are 46 sounds in the English sound system, 22 of which are vowel sounds. Compare this with Spanish, which has 5 vowel sounds, none of which are equivalent to any vowel sound in English. English vowels are difficult to identify and produce in most latin based languages. 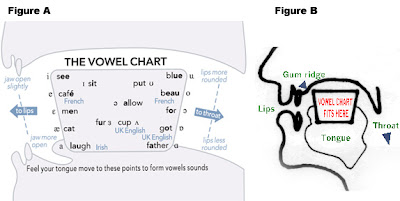